Every creative dreams of being able to quit their day job to pursue their craft full time. And Zen Pencils creator (and Artist Shop owner) Gavin Aung Than managed to successfully trade his corporate design job to pursue his passion of cartooning. But while Gavin managed to turn his passion project into a successful career, his story is also humbling and realistic. It took more than simply posting a comic and gaining success – getting to where he is now took work, insane dedication, and a leap of faith. Here’s the story of how Zen Pencils came to be successful and some takeaways to learn from if you’re looking to quit your job to pursue art.

In the eight years leading up to diving into Zen Pencils full time, Gavin was working at a newspaper as a graphic designer. He had a few of his comics published regularly in the newspaper he worked at. But at a certain point he knew he wasn’t happy and if he was going to pursue cartooning, he needed to just do it.

Since then, Zen Pencils has been featured in major publications like The Washington Post, Huffington Post, Slate, Mashable, Gawker, and many, many more. Gavin has been able to turn his passion for cartooning into a full-time career, and a successful one at that. 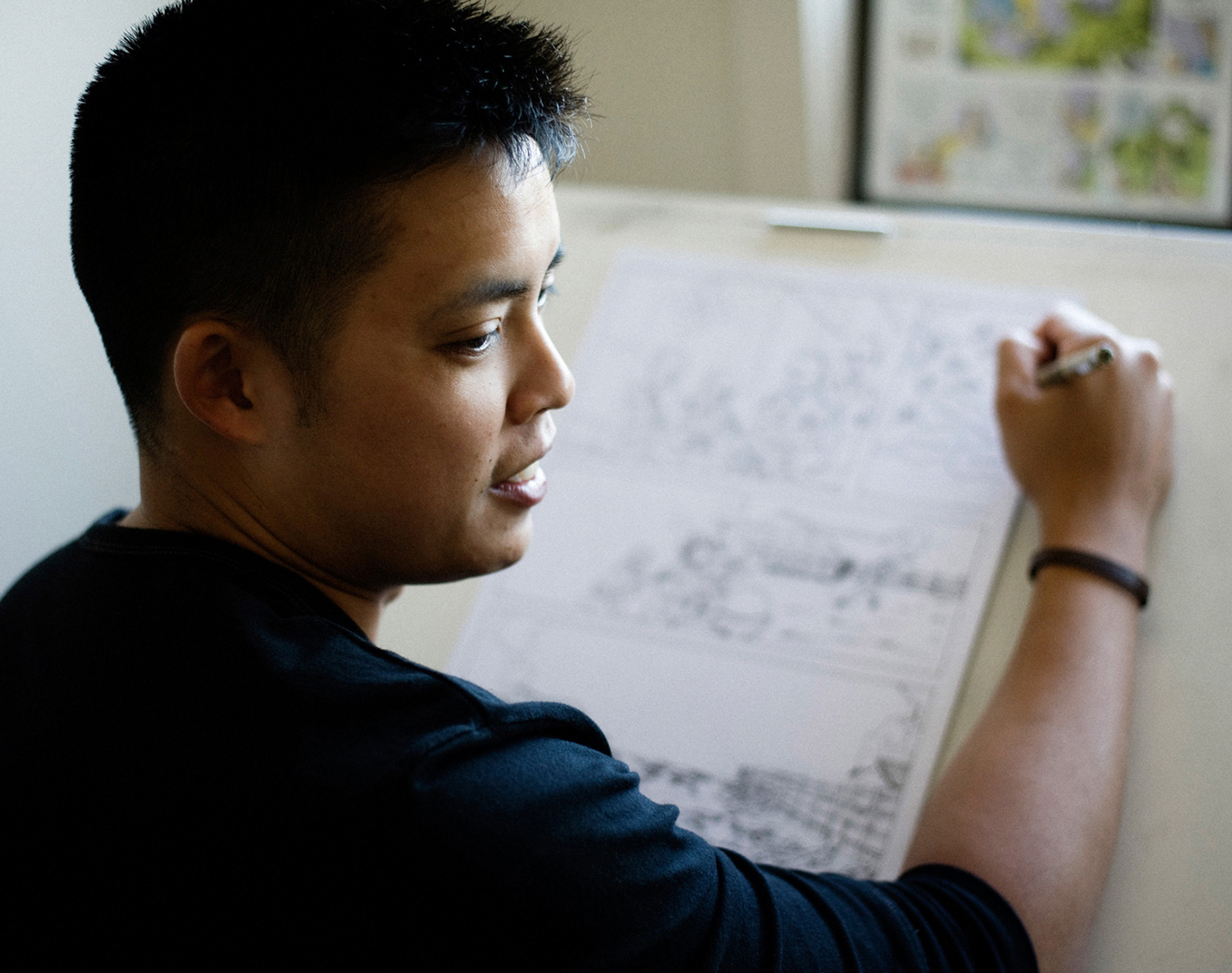 It wasn’t just going from point A: quit job, to point B: success. Gavin had to make a lot of sacrifices, put in a lot of work, and be very focused to grow Zen Pencils into a career. He even sold his house so that he could make some extra money to support himself throughout the process, and as security in case things didn’t work out. What’s more, in an interview with Threadless, he said that he gave himself just 6 months to make it work.

Zen Pencils was also built with a very specific vision – make a series of  inspirational quotes into comics. He knew exactly what he was setting out to do and was laser focused on it.

(Takeaways and tips after the comic!)

In an interview with Threadless, Gavin offered some realistic advice:

“Advice is tricky, because what worked for me might not work for others. All I can say is that if you’re looking to break out on your own and be a successful freelancer or creative entrepreneur, it’s going to be really, really, really difficult. You’re going to have to work harder than you ever have and constantly hustle and sell yourself. You most likely won’t make much money in the first few years, if at all, and your stress and anxiety levels will skyrocket. If this STILL sounds appealing to you, then go for it, because the rewards of being your own boss and being fulfilled creatively make it all worth it.”

We’re an artist community built on the power of helping each other succeed — if you’re reading this and have tips of your own to share, please do so in the comments! Thank you!