You may not recognize the word ‘octothorpe’ at first glance, but you’ll definitely know it by its other name: the hashtag. The hashtag/pound symbol/octothorpe is a symbol that goes by many names and has many uses. But as much as you see the hashtag on a daily basis, do you know how to actually use it? Believe it or not, there are “dos and don’ts” of the hashtag. And although it might just seem like a trivial little symbol, the way you use it can help (or hurt) you. Here are a few guidelines to keep in mind when it comes to the art of how to use hashtags on Instagram and Twitter.

But first, some 30-second history for trivia night

Remember a time before the hashtag? It’s hard to believe that pre-2007, it was merely a weird symbol on the phone. The hashtag as we know it today originated in a tweet by Chris Messina in 2007 as a way of corraling a conversation for an event called BarCamp (via 99% Invisible).

Nowadays, it could easily be the mascot for our digital age, used everywhere from social media posts to IRL conversations.

How many hashtags should you use?

There’s no question that using hashtags is important. On Twitter, Sprout Social reported that tweets with hashtags saw twice the engagement and a whopping 55% more retweets. And on Instagram, posts with at least on hashtag have 12.6% more engagement. The question is how many should you be using?

For Twitter and Facebook, less is more. According to Sprout Social, again, engagement for tweets with more than two hashtags plummet in engagement. Have #too #many #hashtags in a Tweet and it starts to look like spam or an ad.

On Instagram, you’re allowed up to 30 hashtags. When it comes to how many you SHOULD use, the consensus is… well, there is no consensus. Marketing Coach Jessica Osborn says to use as many as possible. PR Week says that nine hashtags is best, Social Media Today says 11 hashtags = the highest engagement. Sprout Social also reports that nine is the sweet spot and that after 10, you risk losing engagement. Just look at the variation in how these artists use hashtags:

Personally? I think 9 to 11 hashtags is solid if they’re all rich hashtags. But on Instagram, it’s all about finding what works for you. Here are a few examples of artists and their hashtag numbers:

Which hashtags should you use?

When hashtagging, you want to make sure you’re using hashtags that will actually benefit you! Besides just doing the Google search equivalent of hashtag research by typing terms into the IG/Twitter search bar, here are a few different ways to conduct your own research.

Some pro tips on using hashtags

Once you’ve found which hashtags you should be using and how many of them you’re going to use, you can start getting creative. Here are a few hashtag hacks (aka #hacks… #visualpun) you can use. 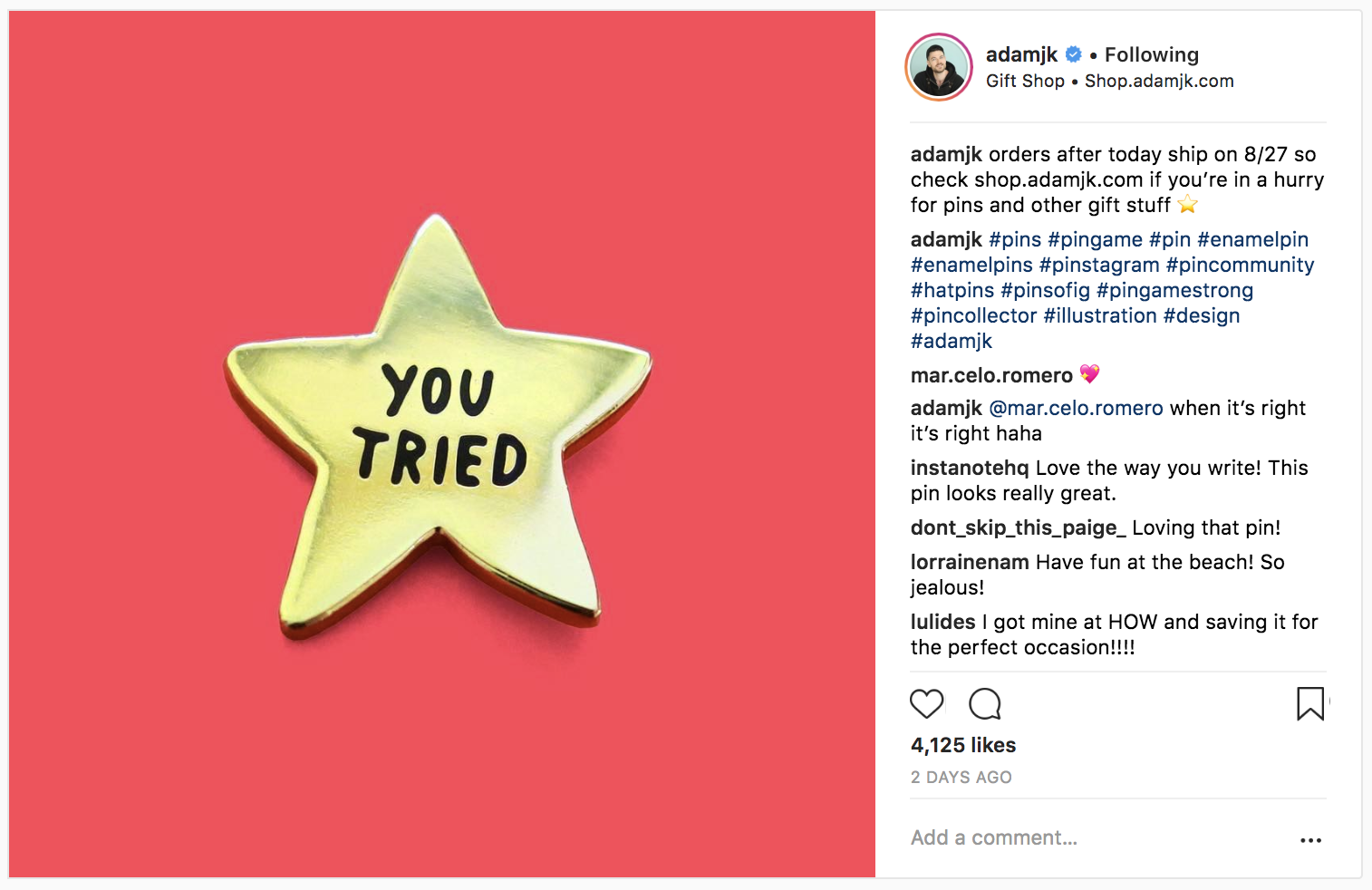 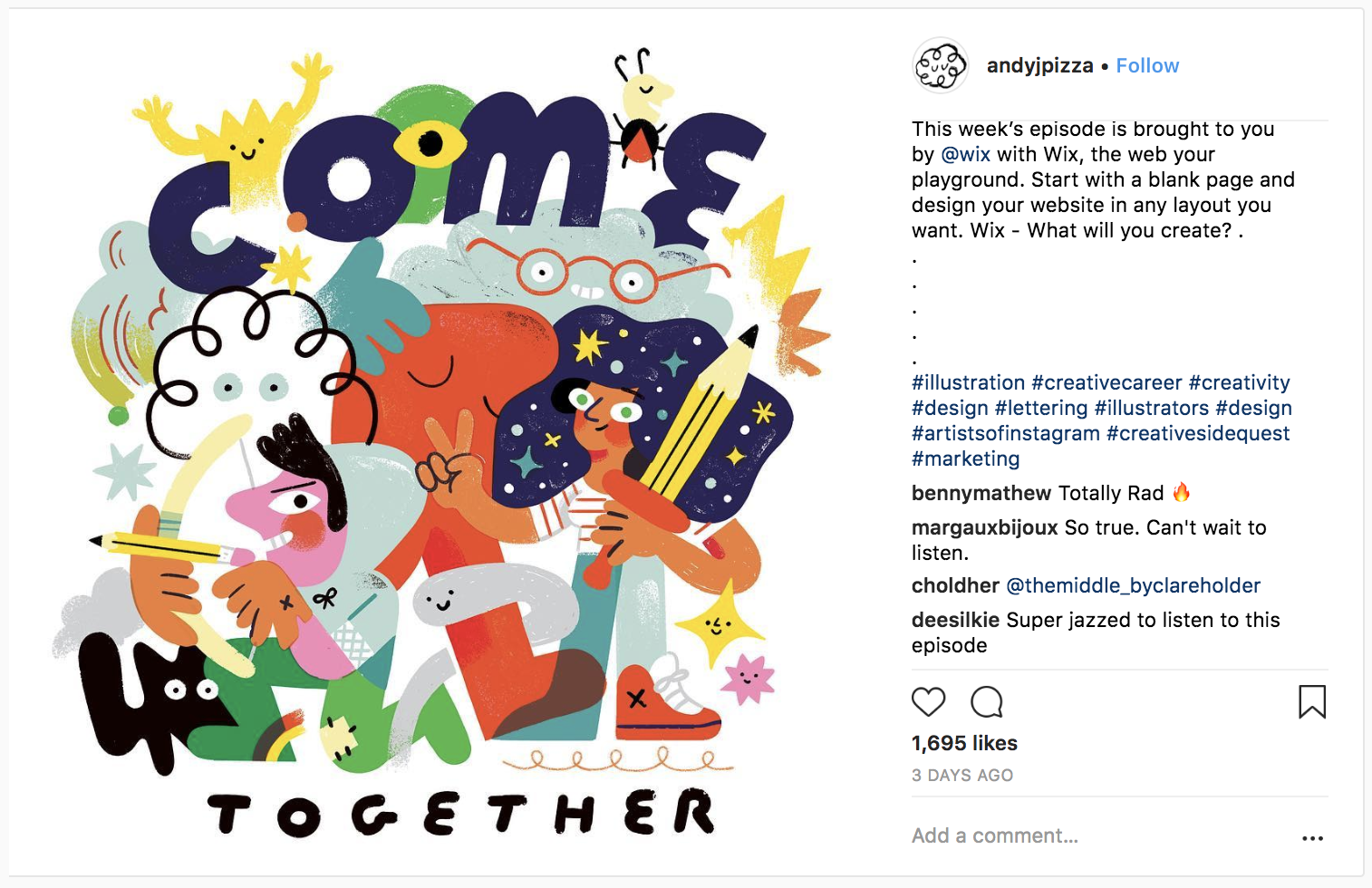 How do you use hashtags? Do you have any tips? Leave them in the comments below!

Featured illustration made by Katie Lukes.