“Things are what you make of them.” That may be the title of artist and designer Adam J. Kurtz’s newest book, but it’s also the philosophy at the heart of much of his art and advice. Kurtz left a job at Buzzfeed (yes, the Buzzfeed) to go full freelance while working on his first book, 1 Page at a time: A Daily Creative Companion. It’s since been translated into 15 different languages and has given a positive artistic boost to creatives all over the world. From his uplifting books to balloons that say “Sorry I’m Such an A**hole”, Kurtz’s work has a dark-meets-funny edge to it. Yet the creative and life advice he publishes (though it may be ‘unsolicited’, according to one of his book titles) always have the same effect: you walk away feeling motivated and creative as ever with a smile on your face

We had the chance to talk to Adam J. Kurtz about how he became something of an on-page therapist for creatives, deciding to leave his job at Buzzfeed to go freelance, and how his experience in the ad agency world fed into building his own brand!

First things first, hello! Are there any shows that you haven’t been able to put down lately?

I’ve been super into this Japanese reality show called Terrace House lately. It’s like Real World where they live in a house except it’s really slow and almost nothing happens and people leave and get replaced all the time. Two seasons are on Netflix and now I’m illegally watching the current season as it airs in Japan. It’s just so soothing. So far in 2018, I can’t really watch anything too smart or dramatic.

Your work has taken you from the advertising world to being kind of an on-page art therapist. Is this kind of writing/creating something you ever expected to go into?

As a graphic designer, I’ve always known I could do a wide range of things, and that’s mostly been true in my career since getting my degree in 2009. It’s very surprising to me now that the work a lot of people know me for is handwritten words and writing, but that still feels true to who I am. It’s still design at the end of the day, working with type and image to communicate. But yeah, it’s a surprise. I never set out to be an author and I’ve got three books with the world’s largest publisher. Life is surprising.

Did the process of creating your most recent book, Things Are What You Make of Them: Life Advice for Creatives, help you while creating it as much as you hoped it would help others? Is any of it advice that you yourself need to remind yourself of once in a while?

The new book was written over the course of two years, mostly as I began the process of working entirely for myself as an independent studio small business. I didn’t sit down to write thirteen chapters so much as I lived each chapter over time, tackling insecurity, collaboration, fear, tapping into my true self, and basically just navigating the world of working for yourself. It’s resulted in a really honest and personal book that is still super useful to me. I come back to my own books often, it’s like reading my diaries except that it’s also, like, for sale.

You’ve had creative positions at BuzzFeed, Barton F. Graf, and other amazing companies. What experience did you take from these companies and apply to creating and marketing your own work and brand? Can you share some tips and tricks?

With each job along my journey, I learned new skills and new ways of thinking. At Barton F. Graf I learned about hard work and presentation. We worked long hours and my co-workers felt like family a lot of the time. There were a few moments where I got to have direct input, and one of my proudest moments was pitching the art direction for a big brand campaign and getting one of my oldest friends a massive photography gig. Some people I know hesitate to work with “brands”, but it’s important to remember that even the biggest corporate companies are comprised of cool people just like you who want to make good work and spread the budget around when they can.

At BuzzFeed, I struggled to tap into the overall voice of the company. It was hard for me to think broadly in the way that a lot of the most successful writers and creators there do. It was also the biggest company I’ve ever worked for, which meant a lot of opportunities to meet and work with really cool people. Ultimately, my time there was pretty short but I learned that sometimes, the internet just likes what it likes, and it’s smart to build on that success when you hit your stride.

You went from working in the fast-paced creative business world to freelance – was that a scary jump? What were some of the things you learned about working for yourself?

It was a little bit scary, but it was time. Other people had been encouraging me to go out on my own for a long time, and I was kind of afraid. Having steady income is a true privilege and it allows for creative freedom because you’re not jumping on trends to sell enough prints to make rent, for example. Ultimately, I didn’t have enough time to balance my growing career as an independent artist with the day to day work.

I learned to manage my time a little better. I had to build in the same structure – waking up, getting dressed, sitting down to work – that an office job forces you to embrace. It’ll be three years in August and I’m not looking back! But I’m also not someone who looks down on an office job. Like I said earlier, I know that companies are built on cool people doing good work. I’d love to join the right company or team in the future to do different kinds of work in the future.

What’s one of the most important pieces of advice you’ve ever received as a creative?

Presentation matters! It’s something I still deal with all the time, but sometimes you’re kind of just what you say you are. So think about how your work is perceived, think about context, and think about where you want to be. Don’t brand yourself into a corner, but don’t expect people to dig through three years of your Instagram feed to figure you out.

Before you left your day job to go full freelance, how were you balancing your own personal book work and your office job? When did you know it was time to leave?

My personal work has always been my hobby, so it didn’t always feel like I was “hustling hard” on my “nights and weekends hustle” or whatever. I was just having fun. Eventually, I got to the point where even my relatively easy job at BuzzFeed was time I felt like I needed for myself. I left with a month to spare before the rough draft deadline for Pick Me Up because I had barely started and didn’t want to phone it in. It’s a book with my name on it! It deserved better. I’m so glad I finally trusted myself enough to do that.

In an interview with AdWeek, you said, “If you’re at the beginning of your career, you don’t know how to make that work that you’ll make at the end of your career.” What advice do you have for creative entrepreneurs regarding embracing the process and having a little creative faith in themselves?

I like to say, “YOU ARE KIND OF AN IDIOT” because honestly, who isn’t? We’re all good at things and bad at other things. That’s totally fine. The process of learning and growing is exactly what life is. So embrace your current state and know that you’ll change. That doesn’t mean what you’re making now is bad! It just means that life is long and hopefully you’ll have lots of opportunities to do many different types of projects. That is just really cool and special.

You also raised money for the Tegan and Sara foundation with your book sales, which is incredible. What advice do you have for creatives using their work to raise money for a good cause regarding getting the word out there? (We have lots of Artist Shop owners doing that and it’s been amazing to see!)

Throughout my career, I’ve done different fundraising things, whether it’s donating some of the profit from my Kickstarter campaigns or creating new work specifically to raise money for different causes. With the Tegan and Sara Foundation, I had the opportunity to redirect Penguin’s marketing budget to a cause I felt strongly about. It’s just amazing to use our power for good.

My advice is to think about how best to serve the causes you’re passionate about. While everyone always means well, donating 10% of a $20 tote bag can actually be diverting $18 that a customer could have donated directly. It’s important to find ways to add value, and while it’s a common business practice to use charity in mutually beneficial ways, it’s not always the right decision. Let’s think critically about how we’re helping and where our intention lies.

Shifting gears a bit, you’ve had to deal with a lot of companies ripping off your work – how do you handle this when it happens?

Sometimes I get mad, sometimes I quietly take action, and sometimes I just fucking ignore it. I have filed copyrights for some work, but when you make as much as I do, it can be hard to keep up. A lot of what I do also cannot be filed for copyright due to the nature of the work and the law itself, which is a little behind. Text-based illustrative work is a gray area, for example. 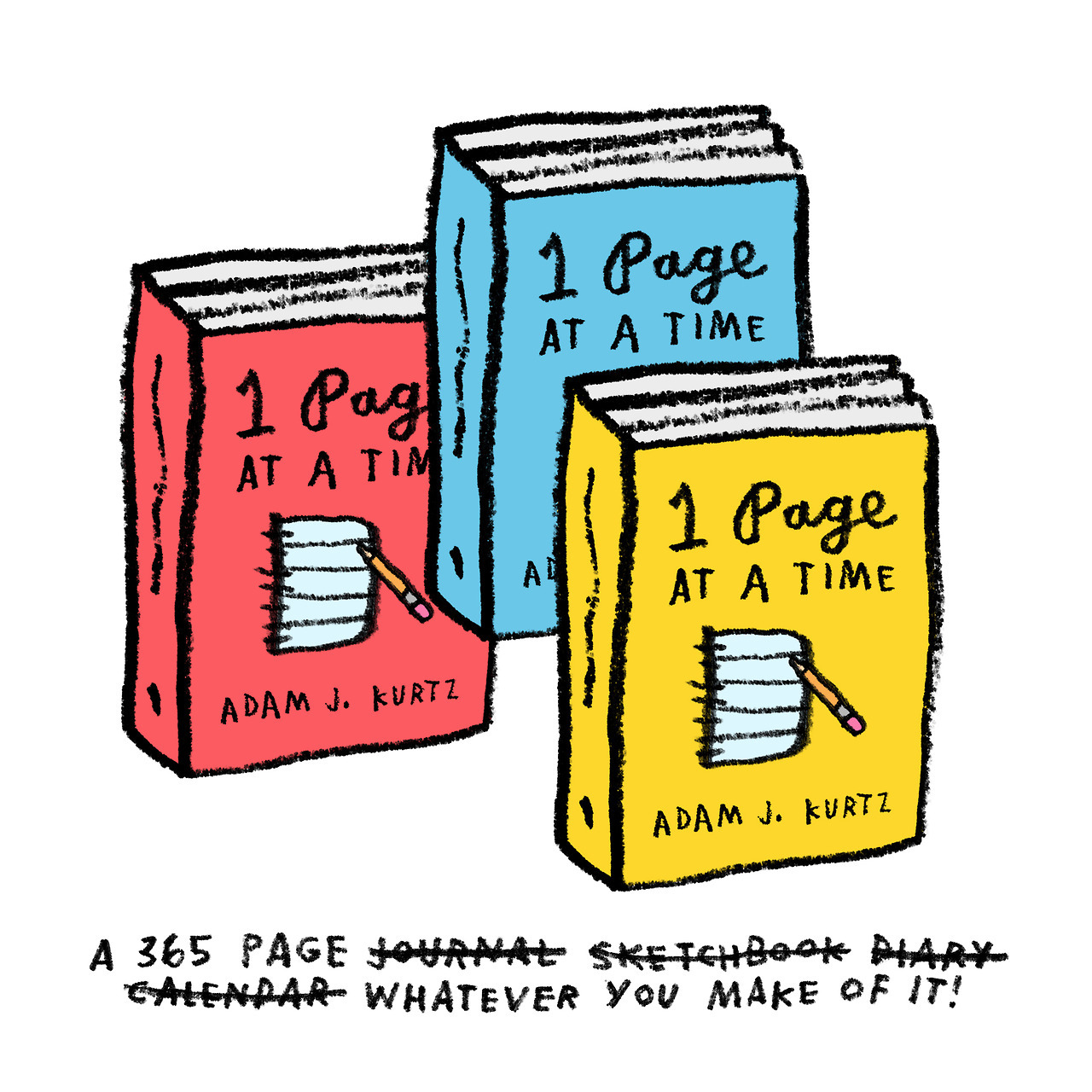 In the case of Shop Art Theft, a website I launched in response to copyright infringement by Zara in 2016 affecting 20+ artists, I chose to find a silver lining and flip what could have been “woe is me” media attention into “let’s support and empower the original artists.” It felt important to remind people that “indie artist” doesn’t mean helpless. Myself and others are available for hire. We took control of our narrative while privately providing emotional support to each other. It was the best possible scenario – short of not being ripped off, of course.

Can we have a piece of solicited unsolicited advice?

Failure is just research unless you never try again.

What’s next for you!

This year I’m speaking at a number of conferences. I started doing this last year and I’ve found it an amazing way to connect on a human level and share a little more about my story and journey. Find me this year at Graphika Manila, Design Fabric Mumbai, HOW Design Live, 99U, and a few others! It’s been really rewarding so far, and I’m kind of a ham so it’s fun to get up on a stage and make fun of myself in front of hundreds of people.